Born and raised in Marrero, Derrick Shepherd grew up in a strong community supported by a loving family, church, and schools that shaped and defined his childhood. That deep sense of community “togetherness” was unshakable, vibrant and steadfast-- and Derrick is working to make sure it will remain that way. 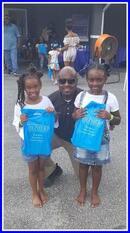 ​Derrick attended John Ehret and L. W. Higgins, graduating from West Jefferson High School. He enlisted in the Navy after graduation and was later assigned to the Marine Corps where he served in Operation Desert Storm as a medical corpsman in 1990.  Further tours of duty included Alaska and Hawaii as well as a call to service in preparation for an attack on the Korean Peninsula.
On returning home, Derrick continued his education at SUNO and graduated from the University of New Orleans in 1993 with a B.A. in economics. He enrolled at Loyola University School of Law and, upon completion of his law degree, joined the Army Reserve as a Judge Advocate General (JAG) officer handling military legal matters. In civilian life, he clerked for the Jefferson Parish District Attorney and worked in the Parish attorney’s office before entering private practice. Derrick’s military and local governmental experience prepared him well when he made the decision to run for political office in 2003 against a well-established politician.
As state representative for District 87 which included the communities of Woodmere, Harvey, Westwego and Gretna, in addition to Marrero, Derrick received a landslide 60 percent of the vote. Still a newcomer to politics, he represented his district by studying its infrastructure needs centering on the Westbank Expressway’s burdensome traffic delays. Representative Shepherd successfully obtained funding to add a down ramp at the Westbank Expressway and Maplewood to alleviate congestion on Manhattan Boulevard. He also secured $5 million in state funding to build the community centers that stand in Marrero and Woodmere.
​On social issues, the freshman legislator went straight to work introducing a well-received bill to make the Rev. Martin Luther King Jr.'s birthday an official state holiday.
In 2005, he was elected to the state senate for District 3 and served as Chairman of  the Senate Local and Municipal Committee. After Hurricane Katrina, Shepherd’s committee chairmanship was instrumental in securing and earmarking Road Home funding for Orleans and Jefferson parishes. Senator Shepherd’s leadership in legislation at this critical time enabled homeowners to apply directly for federal grants. His troubleshooting skills were in high demand as his constituents grappled with the aftermath of Katrina.
​Derrick currently works as a general contractor for Shepherd and Associates LLC. The company has four employees and builds affordable housing. 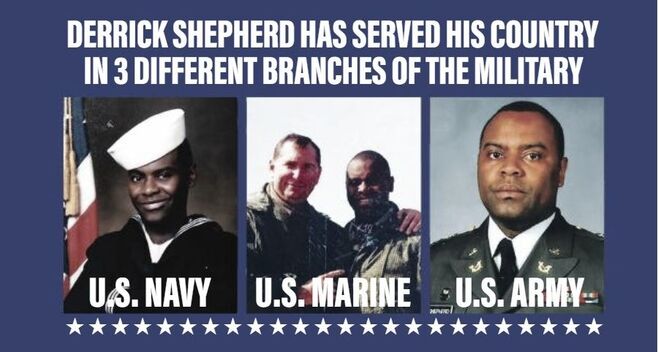